This is a story about summit fever... 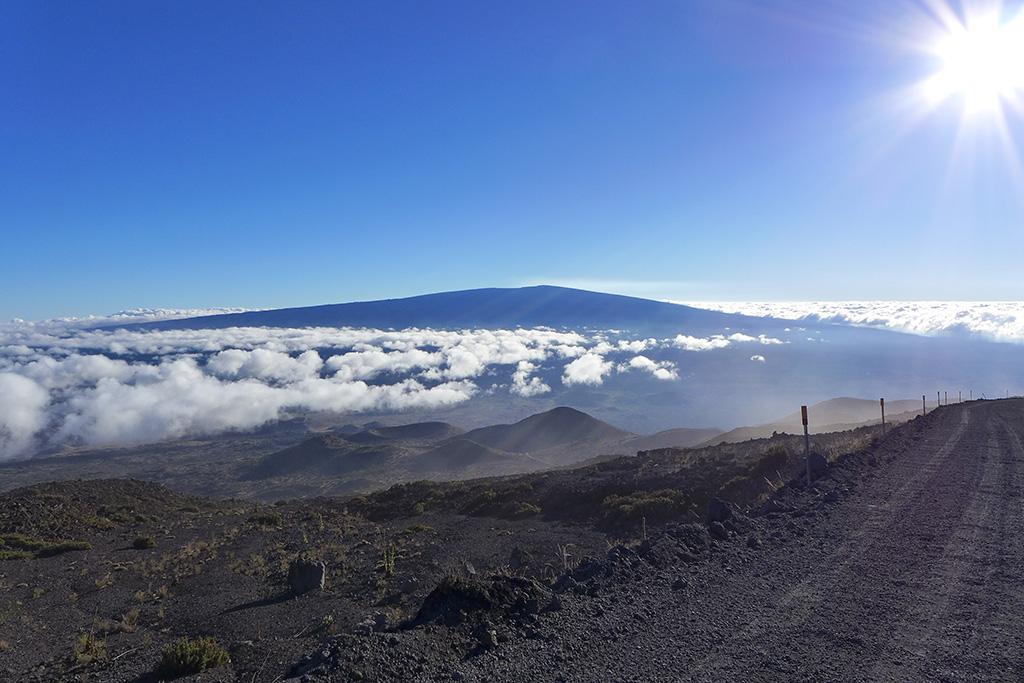 I'm writing an average of 1,900 words per day at the moment, which rather pleasingly works out to be exactly 5 days to reach my 1-million word target on August 25th. I'll be finished about 12 days ahead of schedule.

If you're a bird, there's no point only having one wing, or tiny little wings. Even bad wings are better than wings which don't allow you to fly at all. At least if you've got something that's a bit rough, you can improve on it.

Creating software forces you to finish stuff. Your software won't work at all unless there's a beginning, a middle and an end. An unfinished manuscript can fool you into thinking that it's going to be perfect, but it'll never be perfect unless you write all the way to the end. Striving for perfection can stop you ever completing a project. Done is better than perfect.

I thought it would be funny to write more words than there are in the Bible. The King James Bible has 783,000 words in it and it's not exactly a page-turner, so I don't feel like what I've written is complete crap, because my creation is organised into lots of little sections. Somewhere buried in the 990,500 words I've published during the last 3 years, there's some good stuff. Sure, there's a lot of repetition and rubbish, but that's what you'd expect from a single author churning stuff out at high-speed. Producing a large volume and having the discipline to write every day is an OK place to start if you're an aspiring author - the blank page and the daunting prospect of completing an entire work of literature is otherwise too daunting if you've never successfully managed to finish anything more than crappy poems and short stories.

"Why do people climb mountains?" is a question oft-responded with "because they're there" but that's not everything you need to know about climbing mountains. One reason to climb them is because it's amazing that simply putting one foot in front of the other, slowly, slowly inching your way up the steep incline, eventually leads to the summit. Reaching a mountain summit is an incredible experience of achievement and wonder that a comparatively tiny human could get to the top of such towering peaks. From the summit of a mountain, you can look down at the path you took to get up there and marvel at how far and how high you've travelled.

One reason to keep a journal is because of the pleasure of seeing all the pages full of your handwriting, and building up your collection of journals over the years. The more completed diaries and journals you amass, the greater the sense of achievement. There's a great deal of pride about having created someting - made your mark - when you see that stack of bound pages.

The blog is the modern equivalent of the journal, except of course that it's usually public from the start. The huge advantage of writing on a computer is that your creative output has already been digitised - nobody's going to have to type it up. I imagine that many journal-writers dream of one day turning their journals into a memoir or otherwise doing something with the vast amount of words they've produced, but they never will because of the enormity of the task. Nobody's going to sit down and struggle with your handwriting unless you become very very famous, and even then it'll probably only be some poor archivist who has to catalogue your stuff before it's stored and never looked at again. At least a public blog is a living document that's available for anybody to stumble upon and dip into. Blogs are Google'able and sometimes a blog can be the top hit when doing a Google search.

During my 3-year writing project I've averaged 900 words per day, but I've been writing more than twice that amount during the last 20 days. I've seen the finish line and I'm sprinting towards it. I've got summit fever and I'm desperate to reach the top of the mountain after over 1,000 days slogging away.

I've tackled my goal with a siege mentality. I've avoided being drawn into discussion. I've avoided approval seeking. I've tried not to worry too much about quality and to get too fussy. To say that I'll do some editing later is ludicrous. Most of what I've written is fairly throwaway, but that doesn't mean it's been easy. It shouldn't be underestimated, the difficulty of one single author writing and publishing 1-million words, which need to be at least of the minimum quality deemed acceptable for public consumption. If I was writing total garbage, that wouldn't be anything to be proud of. There'd be no sense of achievement if I'd written total crap.

Somewhere - around the middle - of my 3-year odyssey, I wrote a novel which I think is reasonably good. That novel is 54,000 words long. I should probably subtract those 54,000 words from the cumulative total, because I plan to remove the draft manuscript from this blog at some point. I wrote 42,000 of a second novel, which I could finish at some point but I'm not pleased with a lot of what I wrote, so I might just bin it and start again.

I've deleted A LOT of blog posts. When I first started I wanted to write really good stuff, so I would delete thousands of words which were a bit rambling and meandering. When I started to get unwell I wrote vast amounts with manic intensity. When I was feeling threatened and insecure I wrote a huge number of things driven by those unhappy feelings. When I got angry, frustrated and upset with people, I wrote passive-aggressive attacks. Some of the regrettable stuff I've written has been deleted, and some of it I've preserved because the whole point of my project was to capture every bit of the entire spectrum of mood swings, mental health problems, addiction problems, relationship problems, work problems, money problems, housing problems and every other thing that's been going on in my chaotic life. I decided to write my stream-of-consciousness with candid honesty and emotional rawness, and not particularly worry about whether I was making a fool of myself.

I was wondering whether to pop a champagne cork to celebrate the achievement of reaching 1-million words, or whether that's a little ridiculous considering how much of a rough diamond my artwork is. There's so much I could be upset about - that my blog contains things which are very unflattering; that there are many tens of thousands of words which were written when I was seriously unwell, and barely able to string a sentence together. I could get quite depressed about how far from perfection my creation is - it's not as if I've managed to produce 20 high-quality fully edited and fully proofread novels which are ready for publication; I've produced just ONE novel that I'm happy with in the whole 3 years, and it needs a good edit.

Thinking about how unwell I've been and some pretty catastrophic things which have happened, it's remarkable that I have managed to write 900 words. Every. Single. Day.

If you dip into what I've written at random, it's surprising how much of it reads OK. I find it very hard to read, because I'm reminded of the difficulties I was going through at the time. My life isn't perfect, but it's certainly a lot better than it has been during awful periods over the last 3 years. I cringe with embarrassment that I continued to write without a filter when I was extremely unwell, which of course exposes me and makes me vulnerable - it's plain for all to see that I was suffering from very strange thoughts and ideas; my sickness is quite apparent and I'm a little appalled that it was me who wrote some of the things I've written. I could have hidden the bad side of myself. I could have attempted to continue to pretend like everything was fine and present a fake image, but I'm glad I've been consistent in the way I write. I think people need to see what's really going on beneath the surface. People have been sympathetic and kind.

Making myself so vulnerable by documenting all my struggles was a huge gamble. It's hard to know what would have happened if I didn't, but I feel like writing every day has given me structure and purpose. I feel like having this project and this goal has given me something I can work on even when I've been unable to work. Being able to produce and create is important for self esteem and a sense of achievement. I think I'd be much more depressed if I didn't have this huge volume of work I've produced, as a testament to my own industriousness and ingenuity. Perhaps it's not an original idea, and perhaps it's not a great contribution to the vast mountain of words which are published every day, but it shouldn't be underestimated. That I've done it through the highs and lows of a very challenging 3 years of life is a huge achievement.

It's unlikely that my vast repository of words could ever directly be turned into a useful resource for people who are struggling with mental health problems, addiction, and general difficulties with debts and suchlike, but the process of writing so much has creating a writing habit and given me a written voice which flows very easily from my brain onto the page. If I take some time to rest and recuperate, I imagine that I will be able to use my toned writing muscles and stamina to be able to produce whatever I want with relative ease; certainly a lot easier than it would be if I hadn't had so much practice.

Perhaps I've gotten into bad habits. Perhaps I should've gone on a creative writing course. Perhaps I should've produced vast quantities of bad poetry and short stories to cut my teeth. Certainly, my two attempts at novel writing have taught me that I'm a bit of a one-trick pony. Perhaps you think it's easy to write about your thoughts and opinions and express them clearly. If you read my stuff and you think what I do is easy, then I'm really pleased, because I set out from the beginning to develop a writing style that would appear effortless. I've attempted to write using simplified language, which was a style I had to learn. It's easy to write dense impenetrable text which is off-putting to the reader, but appears as if the author is very intelligent and the writing was very difficult. To make things look effortless is a sign that a person is mastering their art. Of course, I'm aware that I could also just look like a pretentious idiot, spouting complete rubbish.

Well, I'm getting close to my daily word count target. I really didn't want to do diary-style daily journal entries and just write until some arbitrary point where I decided to stop. The bulk of what I've written are little bite-size self-contained nuggets. The bulk of what I've written is coherent, at least on a given day for a given title and topic. These past 20 days I've just pounded out as many words as I can, because I'm so desperate to reach 1-million words.

I'm sorry, dear reader, that I'll have spent the best part of 3 weeks bombarding you with 46,000 words which were written with the sole objective of reaching my goal as quickly as possible. If you've stuck with me this far, that's super kind and awesome of you, and I hope to reward you with some more well-considered and higher quality efforts, which I'll be aiming to keep below 700 words per day, as opposed to my 2,000+ word rambling meandering waffle.

Can't wait for this final phase to be over.