I Don't Write About You, Your Organisation or Your Project

This is a story about confidentiality... 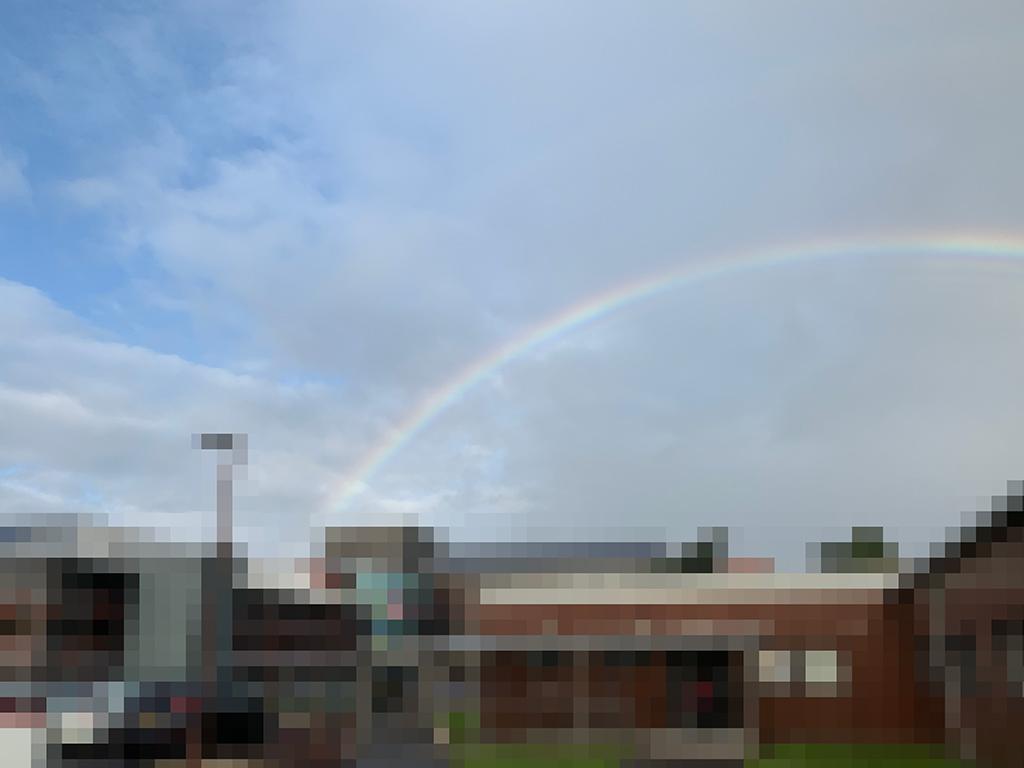 Does that blurry blob at the end of the rainbow look recognisable to you? Are you sure? Isn't it far too pixelated for you to be able to figure out what it is? Haven't I gone to great enough lengths in my obfuscation, to make it unintelligible?

Do you think that, if you search, you'll find somewhere I slipped up... some place where I mentioned a person's name, an organisation name, a project name?

I know you're looking.

I've collected the data and done the analysis; I have the stats.

I know what things you've searched for.

What I don't know is why you're searching... but I can guess. You want to see if I'm badmouthing you, or your organisation, or your project.

I assure you, there's not a single word - nay, not a single letter - which references you, your organisation or your project.

I've been working for a very long time, for a very large number of organisations, and almost all of them have been extremely paranoid about security. I started my career in defence, dealing with highly classified documents and going to places which required very high security clearance. I shouldn't particularly even say that but it was a long time ago. I'm not allowed to say whether - today - I hold any kind of security clearance, or have access to any kind of classified or otherwise sensitive material, for the obvious reason that it would compromise security... these are lessons I learned when I started my career, in defence, in 1997. That's a hell of a long time to spend, strictly adhering to security and confidentiality procedures, and so they are deeply ingrained in me.

After leaving defence, I moved into investment banking. Banks, as you might well imagine, are just as paranoid about security as the defence industry, because bad people want to steal money just as much as they want to steal intelligence, weapons and suchlike.

Like I said... for most of the past 23 years, it has been a routine part of my career, to treat every piece of information that I possess, or have access to, with the utmost respect and adherence to a strict code of conduct, with extreme penalty for transgression. Also, like I said, I am neither confirming nor denying my present activities, or anything else, which would prove useful to a bad person, or persons.

The other reason for searching the 1.4 million words I've written and published, is because I am, admittedly, a very harsh critic of fuckwittery. "Fuckwittery" has been very deliberately chosen by me as a nondescript term. As the famous quotation goes: "I cannot give you a definition of pornography, but I know it when I see it".

Am I supposed to be sorry that I don't like fuckwittery?

Am I supposed to pretend that I do like fuckwittery?

I need to vent, and I don't really have any opportunity to vent, given that I live on my own, with no nearby friends or family, no housemates, no partner... nobody. Are you getting that? Is that getting into your thick skull? I've got nobody. If I had severe chest pain, I would just lie down on the floor and hope to die: I wouldn't phone anybody, I wouldn't text anybody... I would just hope that my heart would stop before... before what? Who would knock on my door? Who would ring my doorbell? Anybody who came to my house, like a neighbour asking if it's OK to park on my driveway, would just presume that I wasn't home. THAT'S THE WAY MY LIFE IS.

It was unfortunate that, last Christmas, me ex-girlfriend was certain that I was at home, and after she spent several days persistently shouting through my letterbox, and getting no reply, she called the emergency services. It was unfortunate, because otherwise I would not have had to experience 2020. It was unfortunate because I was so close to what I wanted. I was so close to dying of multiple organ failure. Frankly, I didn't give a shit what I died of... I just wanted to die. I lay dying, knowing that my organs were shutting down, in a lot of discomfort for DAYS AND DAYS and I NEVER ONCE thought that I wanted to phone, text or email anybody.

DO YOU GET IT?

So, this is what I do. This is how I cope. This is where I vent.

If you're taking things personally, I'm sorry, that was never my intention. If you ask yourself the question "am I a fuckwit" and the answer is "no" then VERY CLEARLY I AM NOT WRITING ABOUT YOU so you've got nothing to worry about.

Anyway, feel free to search away through all the 1.4 million words, but you can take my word as gospel: you're not going to find any slip-ups, because I'm not a fuckwit.

If I have written something about a specific person, or organisation, they know why I did that, and they know that it was the truth, otherwise I'd have been sued for libel; they know that I was within my rights, in terms of my contractual obligations and code of conduct, otherwise I'd have been disciplined or sacked. But, generally, it's not my style. 99.999% of the time, I'll never write about anybody, any organisation, or any project, or suchlike.

Fuckwitterly is so commonplace that there's no need to single out any individuals, organisations or projects, for direct attack... it's perfectly adequate to make vague statements which apply to millions of really shitty badly-run organisations, with their bazillions of terrible projects, stuffed full of utterly appalling fuckwits; fuckwits of mind-boggling magnitude.

But, it must be remembered, that in the vast ocean of fuckwittery, there are lots and lots of lovely lovely people, who I like and respect very much, and want to be friends with... but things haven't worked out like that. Instead, I'm isolated and suicidal, and my patience for fuckwittery does very occasionally boil over... and the pages of this website are where you might find one or two clues that I'M REALLY FUCKING SICK OF THE FUCKWITTERY.

Of course, to hope to find a fuckwit-free utopia, at any point in my lifetime, is ludicrously improbable. The best I can hope for is to end my life, having created a tiny island, which is mostly free of fuckwittery, in the unimaginably humongous ocean of fuckwittery.

This was supposed to be a "sorry I made you upset" essay, but it's probably turned out to be rather the opposite.

Anyway... keep hunting; keep reading. You might learn a little about who I am, which couldn't hurt, even if you decide that I'm an incurably horrible man... at least it's more information than you possessed before, when you presumably thought that I was Jesus Christ and had led a life entirely free of sin; an infinitely patient, kind, forgiving and tolerant man. I AM NOT THAT MAN. I AM A LUNATIC WITH BIPOLAR DISORDER WHO IS SUICIDALLY DEPRESSED AND IS SICK OF THIS LATE-STAGE OF CAPITALISM TO THE POINT I WOULD BE GLAD TO HEAR THE WORLD WILL BE OBLITERATED BY AN ASTEROID.

I hope you're making notes. Make sure you bring this up at my next performance review.